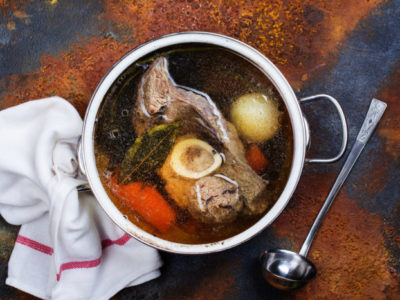 You may be wondering why I am so obsessed with poo and functional testing of stool as a part of the healing process. Let me give you an insight into my own microbiome  journey and why it has become a central part of the treatment for so many of my clients.

I’ve worked very hard on my own health to get to a position of understanding what my body needs in order to stay vibrant and allow me to do the things I want to do in life. However, this wasn’t always the case. I have a sensitive constitution and suffered for twenty years with symptoms of IBS [Irritable bowel syndrome]. Eventually my body crashed and I was also laden with Chronic Fatigue Syndrome.

The difficulty, as many of you will know, is that both these syndromes are not routinely recognised by the mainstream medical system. Some GPs will simply refuse to acknowledge they exist while others will utilise the term ‘syndrome’ which simply refers to a collection of symptoms but they won’t know what to do about it and often send you out again with little relief and/ or hope.

Finally ,I found a very thorough Integrative GP whom suggested a stool analysis. As a single mum, scraping by at the time, I must admit I was hesitant when I heard the cost of this testing. Initially I put off doing the test and thought I could outsmart the results by doing my own detox protocol. Well I detoxed and detoxed some more and guess what, my symptoms did not magically disappear in fact they remained with me despite thinking I was doing all the right things to be healthy.

At this point I was frustrated with myself and all I had been told in the past. I even began to question some of the concepts I had learned in college. I felt demoralised that I had followed a good diet to the letter and seen no results.

Fortunately, I am a deeply curious person by nature. One of the things I love about what I do is that I get to be a detective of sorts. A health detective! I began to get really curious for the first time about what was going on inside of my gut and how it was effecting my health and day to day energy and mood. I decided to dive in and do the testing.

The results were highly specific, I was amazed at what the laboratory could pick up about me as a person just from my poo! I had a typical ‘fatigue pattern’ and my gut microbes matched that.  In my case it was a high streptococcus distribution and low E.coli. I learned all about the differences between species such as fermicutes, bacteroides, bifido and lactobacillus. I had no idea that such an intricate bunch of residents were leasing the space in my digestive system and that their numbers directly impacted on how I felt.

The great thing about this testing when you go through a trained health professional is that you aren’t left hanging. Your naturopath or integrative doctor will go through it in detail with you until you have a good understanding of what the results mean and what you can do to make the microbiome a healthier environment and thus reduce your symptoms.

In my case, it was recommended I do a dietary protocol for 4 weeks initially but at the 4 week mark I felt so good I did it for a further month because I wanted to really get things right in my gut after suffering for so long.

I won’t lie and say this was easy. My first thought was ‘what can I eat!’ but once I understood why it was so important I started to look for alternatives and the health food store became my hunting ground. I had to come off all sugars including fruit and consume lots of bone broth. Making bone broth seem interesting several times a day was certainly a challenge and I definitely missed my daily piece of fruit. I also started eating more eggs, nuts and seeds and vegetables.

The first three days was definitely the toughest. I had to focus on the new protocol of supplements to take, foods to avoid and the cravings at this time were strong! Once I got through these initial days, I began to find a rhythm with the diet and supplements and it became easier. I was still experiencing some gut symptoms for the first couple of weeks too but had been forewarned to hang in there and things will gradually settle down.

By week three I experienced a massive change, one that convinced me to this day of the success of this form of treatment. Something changed for me at this time that saw twenty painful years of IBS gut symptoms resolve. For the first time in two decades, my mind was clear, my gut was functioning as it should and my poo was 10/10.

That was eight years ago and I’ve not looked back. I still need to tweak things here and there because I am human and I fall off the wagon every now and then. As we age and go through different life stages and new challenges we need to make small adjustments so know that there is not one perfect way to eat or live for life. That kind of restrictive thinking gets us into trouble. But doing the poo testing and sorting out my microbiome was by far the most effective and life changing thing I have done for myself, my body and mind.

Before you find yourself going on the next fad diet or detox, thinking maybe this one will finally work, I recommend spending the money and the time on a Full Faecal Microbial Analysis that will give you specific results, unique to you and a treatment plan to go with it. It sure beats stabbing in the dark and the results you experience will be profound.

The amazing benefits of Bilberry

Here are some of its amazing health benefits:

Similarly, to blueberries, they likely contain around 85% water, as well as good amounts of manganese and vitamins C and K.

Bilberries are rich in antioxidants, which are beneficial plant compounds that help protect your body against damage and disease.

Bilberries contain phenolic acids and are an especially good source of anthocyanins, the powerful flavonoid antioxidant that gives red, purple, and blue fruits and vegetables their characteristic colour.

Bilberries are most popular for their purported ability to improve vision, particularly night vision.

Bilberries may help fight inflammation, which is believed to be the root cause of many diseases.

Bilberries may improve learning and memory in older adults, fight off certain bacteria, and reduce symptoms of ulcerative colitis.

How to add bilberries to your diet

There are many ways to add bilberries to your diet.

They have a similar yet slightly more intense flavour than blueberries. You can eat them fresh or dried, on their own, or as part of any recipe that might include blueberries.

Bilberries make a great addition to pancakes, muffins, and other baked goods. You can also include them in smoothies. YUM